In abstract algebra and formal logic, the distributive property of binary operations generalizes the distributive law from Boolean algebra and elementary algebra. In propositional logic, distribution refers to two valid rules of replacement. The rules allow one to reformulate conjunctions and disjunctions within logical proofs.

The distributive property is one of the most frequently used properties in math. 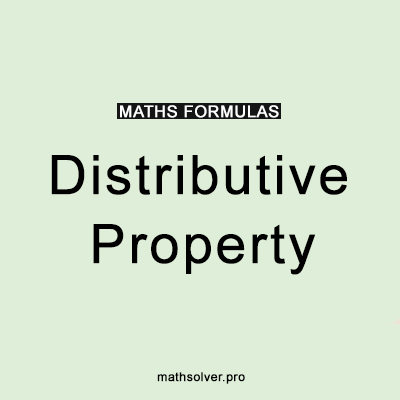 It is generally written in this form:

Let’s demonstrate that whether it is true or not.

In both cases we get the same result, 24, and therefore we can show that the distributive property of multiplication is correct.

The Distributive Property either takes something through parentheses or else factors something out.

The example which we mentioned above, we used the distributive law on the set of real numbers. When multiplication is mentioned in elementary mathematics, it usually refers to this kind of multiplication.