In mathematics, Trigonometric Identities are equalities that have a trigonometric function and are true for every value of the occurring variables where both sides of the equality are defined. Geometrically, these are identities having specific functions of one or more angles. They are somewhat similar to triangle identities, which are identities potentially having angles but also having side lengths or other lengths of a triangle. 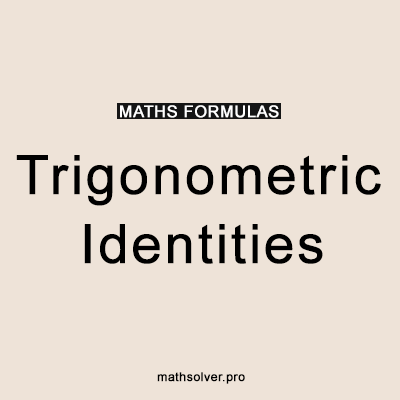 In mathematics, an “identity” is an equation which is always true. These can be trivially right,  as “x = x” or usefully true, such as the Pythagorean Theorem’s “a² + b² = c²” for right triangles. These identities play a vital role in simplifying an experssion which has a trignometric identity. There are so many trigonometric identities, but the ones we have mentioned below are the ones you see mostly.

There are some additional identities related to the functional status of the trigonometric ratios.

The identities we have mentioned below are known “Pythagorean identities”.